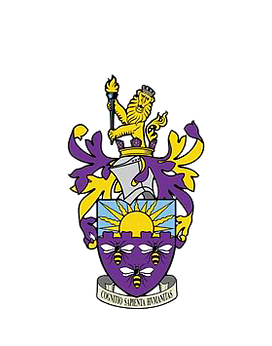 UMWCC has seen its best year yet in terms of sub-paying members, with 29 girls. The average session attendance figures in the Winter were generally 15 or so with a few weeks running dry due to various commitments. Considering it was the indoor season and we have had to train at William Hulme’s Grammar School which isn’t easy to get to for those without a car, we were so delighted with this turn out, as in recent years we had been not even reaching a third of that most weeks. Seeing as in the BUCS tournaments it is usually 6 vs 6 this has ensured that we could have realistic match situations and everyone have a go. 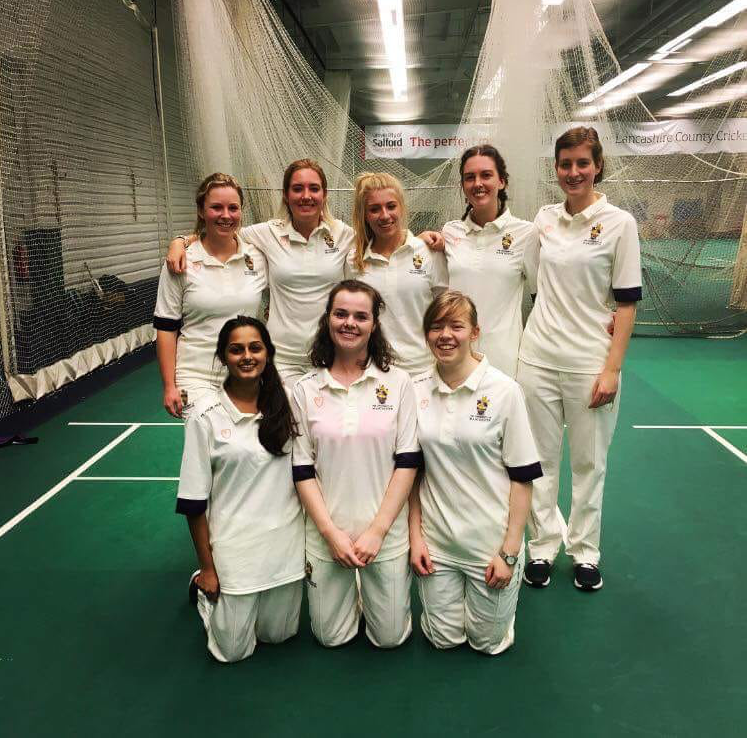 This influx of new players wanting to try out the sport joining the girls who have had prior experience both at uni and further back into their school years has been both wonderful and a bit of a challenge as we needed to combat the inevitable disparity in ability amongst the girls.

This is something that we have to try and cater to each year, seeing as we all train as one team—not having enough girls to be more selective— and so we have to establish a session whereby the more experienced players get a chance to polish their bowling and batting and the less experienced (most of whom are learning from scratch!) don’t feel too intimated and have the chance to practise the very basic skills.

I feel we have managed this year more than ever to broker this difficult balance. The more experienced players have on the whole been showing up for training (I am aware the reverse was happening last year as they didn’t feel it challenging enough for them), and the less experienced have had no shame in attempting to bowl in front of everyone and have been going for it and improving vastly!! Our coaches Rob and Derek acknowledged that we had some very strong new players who had come in which boded well for the summer season but also, more importantly, that everyone who has joined up was showing vast improvements and was very keen to continue into the year.

We joined the Men’s D Group training during the last 2 weeks of Winter term to see if it may benefit us as a team and it most certainly did. We were gutted to have not started it sooner. Nigel the Men’s Head Coach took it upon himself to coach us personally and we all improved vastly, especially in the last week when some of the boys who were doing their coaching qualifications gave us personal coaching on batting and bowling. We then continued this further into the Easter term which really helped us all to identity specific areas that we found hard and let the boys correct our shoddy techniques! 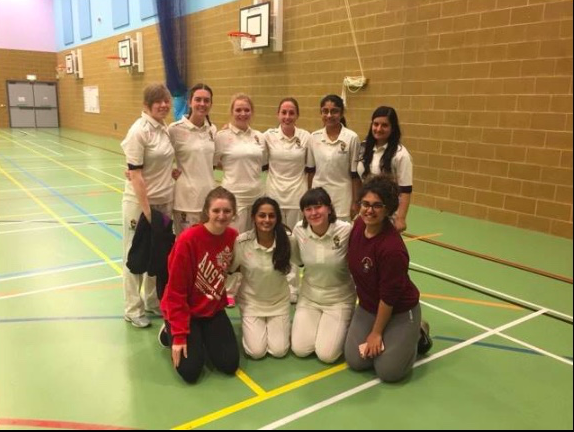 I had a chat with James Plowright, the Club & Coach Development Coordinator in the Sports Office for the uni at the start of the year, where we discussed concern about being relegated or seeing a similar result like last year where we are consistently at the bottom. Being the largest uni in the country this simply should not be happening! We were in the Midlands League this year which had some challenging opponents (two teams from Loughborough…!) as well as some better suited teams to our ability and so we were expecting a mixed bag of results but hoping to do better than previous years.

We have had 2 BUCS Indoor Midlands League tournaments where we won 3/7 of our total matches. I think that this is very encouraging seeing as the ones that we lost were indeed against Loughborough 1sts and 2nds (and we only lost by 6 runs to their 1sts-still not quite sure how we managed that…) as well as Nottingham Trent and Uni of Nottingham. They are all unis which see Cricket as a very established sport, and it was inspiring to see the level that a woman’s university team can reach and a real eye-opener for us all.

We have been disappointed about how little chance for competing we had during the autumn term. The IPL/ICL leagues have unfortunately not been able to take place, which in the past provided us with valuable practise outside of training and was a great fun addition to our club as well as opportunities for mixing with various societies throughout the university. Obviously, cricket is a predominantly summer sport but all the same we feel that it would be great to have more chance to play during the winter months and give people more of an incentive to come to training.

We, thus, entered into a ‘Thunder League’ in Blackburn that was organised by the Lancashire Cricket Board since our coach Rob is the Disability Officer there. This took place on 3 Fridays in February 2018. We came away from this largely unsuccessful but having had wonderful chance to practice and put our training to good use!

We then had a spurt of quite a few offers of friendlies from various universities including notably a tournament, hosted by Sheffield. Much of the same happened and we didn’t win many games but had some great practice with teams who would mostly be in our league over summer!

Our summer term was unfortunately slightly disastrous. Having had such a wonderful autumn term, where we displayed much promise for the summer, being predominantly made up of final year students, we were blighted completely by dissertations and exams and therefore attendance to nets was very low. Moreover when we picked up a bit of pace just in time for our outdoor matches we either couldn’t field a team or if we did it was rained off. This meant that we only ended up playing 1 game for the whole season, which we lost…! Lancaster were 92-6 and we were 89 all out.

This was all rather disappointing but unsurprising given the difficulty one can have attempting to play cricket when the weather is on the most part against it and it is the most important time of year academically!!

We have been incredibly close as a group of girls this year- at least 3 of us we attended every single AU bar 2 I believe the entire year which is pretty good going considering last year we barely went at all and we also did some more casual socials at other occasions, with a big Christmas Meal and Summer BBQ at the end of the year to cap it all off,

This year we were working towards perhaps merging with the Men’s Club, which was going to be an exciting development for the club.

We have had many joint socials over the course of the year meeting in OP bar before AUs and most notably Pub Cricket as well as a few joint Committee meetings where we began to discuss what merging would exactly entail.

We were very happy when the decision to merge was (very nearly) a unanimous yes between the two clubs and we had some very positive discussions all together at the joint AGM where we elected the first ever joint committee ahead of the 2018/19 year!

It has been a wonderful year in spite of a difficult summer season, but we hope that the official merging of both clubs and all the opportunities for collaboration and cohesion that that entails will help us out when we most need the support and coaching! 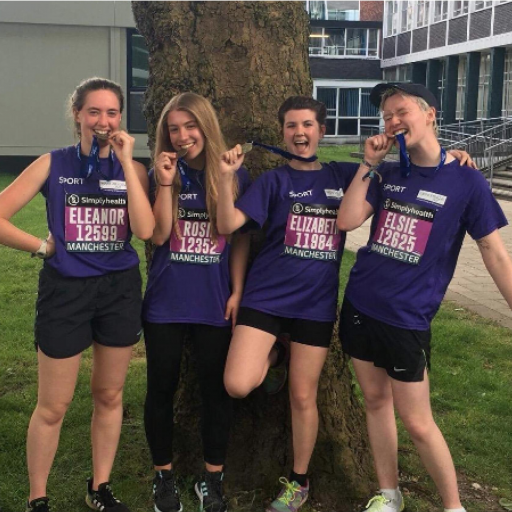